From Fake to Forever (Newlywed Games)

Two years ago, Meredith and Jason married in a Vegas wedding. They thought that they had destroyed all evidence and not filed the paperwork for it to be legal. So it was a surprise when Meredith shows up at Jason’s office asking for a divorce.

Jason’s mission in life is to become CEO of his family’s dysfunctional company. He sees the current situation as a way to leverage Meredith’s request with one of his own to achieve his goal. Moreover, Jason does not want to fall in love because he believes that love ruins everything.

Meredith does not want a man in her life because she has her own plans.

What is left? Steaming off-the-charts chemistry.

Trying to get me drunk so you can take advantage of me?
She snorted, “Honey I don’t need alcohol for that.”

But is that enough for their relationship to go the distance?

This is a book about a romance in the cutthroat industry of fashion.

It seemed at first that all Jason and Meredith had going in their relationship was the physical chemistry. It got to the point that I stopped counting the number of love scenes.

But do not misunderstand me. The story is more than one extended love scene.

Getting Jason to admit how he felt was the hard part. He has all his emotions bottled up so he can avoid rash decision-making like his father. His stubbornness almost got to the point where it was exasperating. He had poor Meredith on an emotional roller coaster ride, but I think he made up for it in the end.

Meredith concedes there is promise in their relationship, as in this sizzling description:

While Meredith is not trying to fight the attraction, she is still trying to prove to the world (but mostly herself) that she is more than a beauty queen pretty face. I understand that she feels people discount her opinions because of her looks. In the story, her character develops when she begins to own her worth, appreciating what she has to offer in the relationship. I love how vocal she became as well. Communication was not an issue for her. 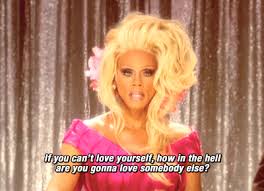 Yes, there is a HEA. I am happy for that. Meredith was sweet and probably too forgiving (in my opinion) considering how Jason treated her most of the time.  I am not mad at him though, because Meredith had some evolving to do before everything was said and done. All that she experienced brought her closer to that point.

Should you buy? Yes I think you should, especially if you like all things Harlequin. For me, the trying-to-undo-Vegas-wedding trope was well done and added elements using the characters’ personalities heightened the modicum of conflict. The story is moderately paced with enough energy and witty banter to keep the reader engaged. I really liked Jason and Meredith so much as people I was cheering for them.

I received ARC from NetGalley in exchange for an honest review