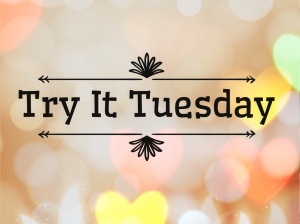 This month for Try It Tuesday, I decided to tell you about Siggi’s yogurt. I admit that I bought this yogurt because of the stylish packaging. ***I am a marketer’s dream<3*** As I read the label to see what was made Siggi’s yogurt from other yogurts, I realized that I never had an Icelandic style cream yogurt and thought that would be good to try in case I liked it.

It caught my eye, BUT the regular price (I think regular price was $1.75) was more than I wanted to pay for a cup of yogurt. When I saw it on sale last week at my local grocer, I decided that it was time for me try. 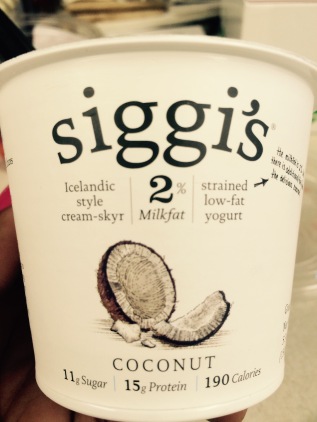 I chose the coconut flavor because I like coconut yogurt in my usual brand and the granola I usually put in my yogurt goes well with coconut flavored yogurt.

The number of calories in Siggi’s are much higher than what I usually expect when eating yogurt. In reading the package, the company said that they do not use as much sugar as other yogurts brands. I thought this would be a good thing because sometimes I think that yogurts are too sweet. I like sugar and honey as sweeteners but do not like stevia, sucrolose or aspartame.

After tasting this yogurt, I thought

TOW Opinion: If you are looking for a yogurt that has a lot protein and very little sugar, then you will like this flavor of Siggi’s. To me, I would prefer buying plain Greek yogurt since I still need to add sweetener to it. When I eat yogurt with granola and fruit, I want my entire cup to be 200 calories or less. I would rather sacrifice a little bit of the creaminess for a sweetener like honey. However, if the prices were the same, I might opt for the plain Siggi’s (about 80 calories) which is similar to plain Greek yogurt but a lot creamier. 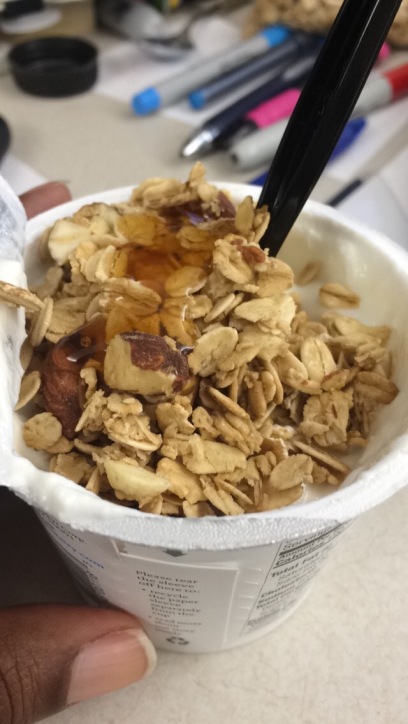