Synopsis
Avery and her friend go to the movies. They get abducted by aliens. Knowing that they will most likely die in the near future, they hijack the spaceship and crash land on a planet called Zandipor.

Turic finds Avery in forest and is convinced that she is the answer from the gods to save his people from the dinosaurs that also inhabit the planet.

Opinion
This book was not for me, but the story was okay.

First of all, let me say that I am not a fan of first person POV. I will read it and if the story line and voice of the character is okay, I can deal. I need for the person speaking to be halfway logical enough for me to tolerate their voice. Otherwise, I get very irritated. It’s like hearing an annoying person speaking. The more they talk, the more I want them to shut it.

In Avery’s case, I thought she did not have much common sense. She knows what she should do, but does she do it? Nooooo. I was rooting for the dinosaur at one point. I needed something shut her up.

Plus, I’m guessing that TinTom the robot was supposed add humor to the story. I wanted to drop kick that stupid robot across the terrain and hope a dinosaur stepped on him as he rolled in the river.

With all of that negative emotion, I could not even focus on Turic and his barbaric ways. He was okay, if a little too frisky in my opinion.

To be fair, despite my obvious issues with their personalities, I repeat, the story was okay. For me, I could not focus on the plot because I had a dislike for some of the characters.

TOW Final Word: Buy, Borrow, Pass?
I say BORROW but if you like alien abduction or corny humor in your sci-fi alien romance, you might want to BUY. Just be prepared to probably exclaim “OMG she is so annoying!” 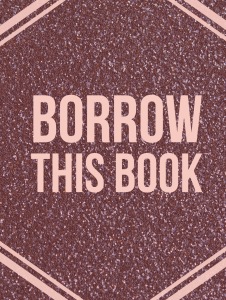