Welcome to TOW monthly feature call Thursday’s Thoughts. On the last Thursday in the month, I share the thoughts of a featured author in the form of answers to questions I posed to them. 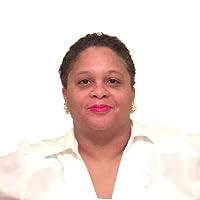 I’ve been writing since forever. Long before I became an author, I wrote countless words, thoughts and ideas down in notebooks. Journaling was a lifeline for me. It was my therapy and my coping mechanism during the tough times of growing up. Writing is cleansing and therapeutic for me.

I’m an avid reader so I wanted to write a book since I read “Hey God It’s Me Margaret” by Judy Blume. My dream of becoming an author was actualized in 2011.

Who is one author that you would like to collaborate with?

We have to go to the great beyond. Sidney. Sheldon.That.Is.All.

What has been the best compliment you have received?

I don’t think I can pick one. But anytime someone tells me something I’ve said or written has helped, inspired or encouraged them always make me feel like I’m doing something useful.

I have two teenage sons that keep me busy. When I do get some time for me, I do have my favorite tv shows I like to watch sitting on my loveseat with my tweepers on Twitter. I also love a good movie and a good book, of course.

Who is K P Smith? She believes everyone is here for a reason. They are here for a purpose. Life is a gift to be enjoyed not endured. We are here to thrive not merely survive. Whether it’s penning My Growing Pains Series or her upcoming non-fiction books, or coaching first time indie authors or helping people with their relationships; she is always discovering new ways to help people live their best lives possible.

The only thing better than watching my favorite shows is watching it with millions of others via twitter!! She is a major tweeter!

Book Blurb: Kendra’s in high school! New Beginnings abound at home, school and in her relationships. Things are changing at lightning speed.

She’s saying hello and embracing new relationships while at the same time coping with heart breaking good-byes of others.
Patrice convinces her to give an “old friend” another chance. This coupled with an unplanned chain of events catapults Kendra from a place of obscurity to center stage at school. Center stage has her wedged in a long standing school rivalry which will divide and test her loyalties. And threaten her new relationships.
Kendra isn’t the only one embarking on new beginnings.  A health scare creates a new family dynamic but even with a new dynamic it’s the same family drama.  The family tension escalates and bubbles over and with Meme gone Papa is left trying to keep the family intact.
High school brings about “A New Katrina” and Avery and Jamie don’t escape the winds of change blistering through either.
New Beginnings is the next chapter in the Growing Pains Series. Kendra’s journey continues. In Book Two she finds her own place her own voice in her own way.

The Immortal Rules (Blood of Eden) by Kagawa, Julie (2012) Hardcover

To survive in a ruined world, she must embrace the darkness

Allison Sekemoto survives in the Fringe, the outermost circle of a walled-in city. By day, she and her crew scavenge for food. By night, any one of them could be eaten. Some days, all that drives Allie is her hatred of them—the vampires who keep humans as blood cattle. Until the night Allie herself dies and becomes one of the monsters.

Forced to flee her city, Allie must pass for human as she joins a ragged group of pilgrims seeking a legend—a place that might have a cure for the disease that killed off most of civilization and created the rabids, the bloodthirsty creatures who threaten human and vampire alike. And soon Allie will have to decide what and who is worth dying for again.

The Nitty-Gritty
Meet Allison Sekemoto (Allie), a girl who lives in a post-apocalyptic world where the Red Lung plague has wiped out most of human civilization, and those who survived have become blood cattle to the ruling vampires, to whom they give their own blood willingly in exchange for food, shelter, and protection from the rabids – humans gone mad and bloodthirsty from the plague ­– that stalk the earth in search of humans to bite.  Allie refuses to become a blood slave; she lives out in the Fringe, the outermost circle of a walled-in vampire city, where she hides from the vampires at night and scavenges for food by day.

Starving for food, Allie ventures outside the walls of the vampire city and manages to find a forgotten place with loads of canned food. Unfortunately for Allie and her friends, they are attacked by rabids, and Allie is fatally wounded. She knows that if she dies, she will come back to life as a rabid. But before that happens, a vampire finds her and gives her a choice (Interview with the Vampire, anyone?): Die as a human. Or become a vampire. Despite her loathing for the creatures of the night, Allie chooses the latter, a decision that will haunt her for the rest of the book.

After some training in the ways of the vampire, she is separated from her sire and stumbles upon a group of humans in search for the fabled place called Eden—a city without vampires. Allie joins them, passing off as a human. But spending time with the group puts Allie to the test as she struggles to cling to her humanity and fight the Hunger, which will drive her to madness if she goes too long without human blood. To further complicate things, Allie soon finds herself falling in love with a boy in the group, a boy who would kill her the moment he realizes what she really is.

A-M-A-Z-I-N-G. This book was engaging and heart-wrenching. There was not a single thing about it that I did not like. The world building is dark, bleak, and very well-developed. I felt very connected and attached to Allie. She is one tough chick and I admired her courage and moral compass. I also loved how the author made her internal struggle so realistic, that she wasn’t always strong enough to fight her vampire nature, and that as much as she wanted to be human, she did not negate the fact that she had become a monster.

I must admit, Ms. Kawaga had me on a roller coaster ride of emotions, I laughed and cried and probably held my breath one too many times. The Immortal Rules is one of those awesome books in which I become truly invested in the characters and their story, and I just can’t get enough of them. I absolutely loved it. This is, in fact, the BEST vampire story I have ever read.

The Immortal Rules is the first book in the Blood of Eden series. I highly recommend it to anyone who enjoys reading YA fiction.

Samantha Gillespie is a creative, helpless romantic who was born in Mexico, where she grew up with her family until they returned to the States at age eleven. An avid reader from a young age, Samantha finally gave into her passion for writing, making her debut with The Kingdom Within.

Samantha considered pursuing a degree in English Literature while in college but despite her family and friend’s encouragement, she opted for a more practical career in Business. Now, with the publication of her first book under her belt, she occasionally hits herself on the head for it. Samantha currently lives in Houston, TX, and besides being a sucker for romance, she has a soft spot for helpless kittens, and all things Pride & Prejudice.

THE KINGDOM WITHIN is a Young Adult fiction work by Samantha Gillespie. The book depicts the story of Meredith, a young princess who is destined into a marriage with a prince she’s never met, in order to save her Kingdom from imminent conquest. And while initially willing to do what is needed, everything changes when she is thrust into a fight for her life and love meets her from an unexpected front, causing her to question all she had prepared for, her purpose and actions.