***this book is not available on Amazon – I bought on iTunes***

Knight Eustache bought a castle plus contents. This included its inhabitants- Sybille and her brothers. When he arrived to claim his property, Sybille was understandably concerned.

Since this is a short story, there is not a lot of character development. But there is enough to discern a little insight as to their personalities.

The best word to describe Eustache is gruff. But the important part of this story is the fact that he loved her when she did not even know he existed. For him, it was love at first sight. From the time he fell in love with her, all he did was to position himself financially in order that he might have the chance to try to woo her. He was fortunate enough that her no-good father needed money and was willing to sell house plus inhabitants. When it was time to talk to Sybille, his words did not always convey the meaning he had in mind.

For Sybille’s part, she feared she had been sold to a brute of a man who would misuse and abuse her. This was an understandable worry on her part considering that women were many times exploited and mistreated. Eustache is a big man who could use his strength to force himself on Sybille if he wanted. However, their wedding night Eustache showed his softer, tender side. In the end, Eustache gets a home and family to call his own. And Sybille gets a husband who will love, care, and protect her.

Overall I really liked this precious short story. I do not usually read books from this era, but it was such a tender sweet romance, that it changed my opinion of the genre. By the end, I was cooing and wanted my own knight.

Then I realized, my hubby is my knight in not so shiny armor 🙂 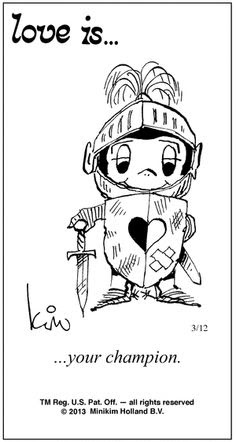