Ty is a SEAL pilot that was shot down in the Artic. No one knows he is down but the hostiles who shot his plane. Now he needs to devise a plan to stay one step ahead before they find him to finish the job.

Holly is a musher with dog sledding tour business but no one is signing up with her. She moved to Alaska to escape a brutal ex-husband. She is caught in a blizzard soon after a moose attacked her dogs.

Before I even get into the review, I have to define “musher”. I did not know what this was. A musher is a person who competes in cross-country races with dog team and sled (from dictionary.com). It is admirable that Holly is trying to make her living in a male oriented business.

This book is an insta-love story with a lovable alpha-male and beaten-but-not-broken heroine. The story follows a consistent format. 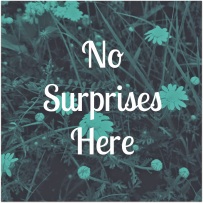 When Ty found Holly, he infers a lot about the domestic abuse she suffered from the scars he saw when he rescued her. He went into protective mode.

“If she were mine, I’d show her what it is to be adored, treasured.”

Even though they did not know each other very well, their insta-love was basically summed up with this quote

“He can tell a lot about a person by the way she treated her animals.”

She was willing to drop the pants quickly too because her dogs sensed he was a good man.

I do not recommend solely using your pets as a guide to determine if a guy has no ulterior motives in real life though. I do believe there is a lot to be said about how a person treats animals, older people, and anyone in the service industry.  But committing to a guy because he gave your dog a bone? That might be taking it too far.

Should you buy? It was entertaining. There was one sad part, but overall, it was fast paced with decent dialogue.

Maddie is a doctor and the best friend of Kara from Billionaire’s Obsession. She is working a full-time job and operating a free clinic. Since Kara is marrying Sam’s brother, Simon, Maddie has to have some interaction with him. She tries to remain cordial and keep her emotional distance so he does not break her heart again. It does not help that he was her first love and she is still attracted to him.

In Billionaire’s Obsession, Sam is the older brother but the focus was on the trauma that Simon endured as a teenager. Heart Of The Billionaire

, the focus is on Sam. He has his own scars and traumatic childhood stories. One thing is certain. He still has feelings for Maddie. He knows she hates him which dooms him to a life of loneliness. However, when the opportunities arises, Sam makes his move to make up for the lost time that Maddie was not in his life.

In Kara’s story, I got glimpses of the history between Maddie and Sam, but was not sure what to make of it. Sam never said a bad word about Maddie but she called him “snake” and “man-whore”. It was easy to know who broke who’s heart.

I have not decided who I like more: Sam or Simon? After reading Kara and Simon’s story, I thought that an alpha male could not be any more infuriating. Enter Sam. He has a take-all sort of attitude. Maddie haunted Sam’s thoughts for years after they separated. During all that time, he has remained convinced that Maddie belongs with him. He gave up his chance years ago, but is not making that mistake a second time. He has a heavy-handed approach to matters that was humorous to me. On several occasions he told Maddie that they were getting married and she would remind him that he had not asked. It was funny because he could not understand why his business-like methods were not working to get her to do what he wanted her to do. Even Simon was giving him advice that he might not be using the best approach.

Sam: “I am marrying her. I already told her that.”
“Uh…did you actually ask her?” Simon inquired uneasily
Sam: “Nope…”

Maddie is more cautious. She is not going to let herself get hurt but she still has feelings for him.

“Kissing Sam was like putting a flame to gasoline, the ignition was almost immediate and white-hot.“

Despite the amazing chemistry, I like that she was not head-over-heels gaga for him. The first time that Sam brought up marriage, she slapped him. Priceless. You go girl. When Sam explained everything, she did not automatically believe him either. I would have thought it was cheesy if she went from “I hate your guts” to “I love you so much” in an afternoon. Little by little, she was able to understand what was going on and why he did what he did. While she was understanding, she did not become a pushover. I love that about her character. She might love him, but she was not going to do what he said just because he demanded it. It does not matter if she really wants to do it. It’s the principle. Yea, I am that stubborn too.

At the heart of it, it is a sweet story. Sam is a lovable ultra alpha-male who has secrets that create his insecurities. He is trying to work past them and go for what he wants. Maddie has her own insecurities to battle against. They are two imperfect people who realize they are right for each other. At least they had open communication so there were only a few misunderstandings. Everything is cleared up in the end.

You probably have all sorts of questions- If he loved her so much, why did they break up? Usually I am all for spoilers, but this is one that you have read.

However, this story is VERY graphic (even more than Kara & Simon’s story) and contains explicit language. If that is not for  you, then send me a message and I will explain to you how the book ends.

I wholeheartedly agree with the author’s note: This novel is the complete story of Sam and Maddie, but reading The Billionaire’s Obsession – The Complete Collection (Simon and Kara’s story) first is highly recommended to enhance your reading pleasure.

These two books that I have read by author J. S. Scott have been delightful. I am not one usually to like such obsessive heroes, but for these stories, it works! I love these characters. I cannot wait to read more from this series.