M is for Margaret (Margaret Taylor)

To Light The Dragon’s Fire

Synopsis
Terra and Lanni are twin sisters that were cave exploring when they found a dragon and portal to another world. In this world, there are all types of shifters and mythological creatures: dragons, nymphs, satyrs, centaurs, griffons, chimeras, and unicorns to name a few.

Drave is the king and dragon shifter in the world where Terra and Lanni find themselves. It is rare that humans cross over because all of the portals to the human world are supposed to be closed.

***WARNING*** This opinion contains mild spoilers and some ranting

This book was extremely complicated. So much was going on between Terra and Draven getting captured several times, Arin (Draven’s right hand man) and Lanni’s budding romance, and the evil unicorn subverting Draven’s court.
I was fine with the multiple story lines even though I had a hard time visualizing everything that was happening. And then, the book ended. I was not aware that the book was not a standalone novel. Not a complete story.
Absolutely nothing was resolved at the end of the book. I wanted to throw something. I have no problem if the book is a serial, but tell me BEFORE I start. Let me decide if I want to read it or not. I was pissed.

I feel like I wasted 2.5 hours on this story. I sat through reading about weak dragons, clueless women, and conniving, manipulative, power-hungry evil unicorns. And there was NO payoff. Nothing in the end was wrapped up.
PLUS, no one got any lovin! Lanni and Arin were the closest to getting to first base but then evil was victorious by casting some sort of spell that made Lanni sick every time she tried to get busy.
So I guess the author thought that I’m just supposed to shell out more money for another two books.

If you want to write a saga fantasy book, that’s fine. But let people know what they are getting. I thought I was getting a book about a dragon shifter finding his mate. Period. All these other plot lines should have been immaterial. A little conflict here and there to define the characters’ personalities. The book was sold as a romance but it looks like that action doesn’t get started until book 2 or 3.

I’m not sticking around to find out.

TOW Final Word: Buy, Borrow, Pass?
Had I known that the book was not complete, I would have said PASS. If the content appeals to you, BUY but know you need to also buy book 2, 3, and possible 4 to get full resolution.

K is for Kitt (Selena Kitt)

Opinion
First, I take issue with Wade saying that the future of their relationship is dependent on Alice doing a bunch of freaky stuff outside of her normal comfort zone. It is one thing if they want to try some things to spice up the romance.

However, their relationship should not be contingent on what he wants, especially if she is not sure she wants it too.

I kept reading thinking the book would get better, but it didn’t. 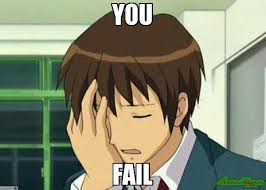 One of October’s featured authors is Anna Muir.

When I was a toddler I would give my mom a pencil and a pad of paper, and she would write down the story I told her. Thanks Mom!

What would you say is your interesting writing quirk?

I really love the idea of a nom de plume. The idea of letting my work stand on it’s own, without people attaching their ideas about who I am to it, is absurdly thrilling. I kind of feel like I’m getting away with something.

Which famous person, living or dead would you like to meet and why?

Pachacuti built Machu Picchu, and I’d love to ask him why. Enheduanna was the daughter of a Mesopotamian king and one of the first recorded female poets. Who wouldn’t want her feedback? And Boudica was a Celtic queen who went up against the Romans, she would be fascinating to interview.

I love to read! I’m currently reading a biography of Lyndon Johnson, who was a real rat. I also love hiking and traveling.

Who is Anna Muir?  Anna Muir is a nom de plume for a writer who lives in South Carolina. She makes really yummy jambalaya, head bangs to Viking death metal, and loves poofy dresses, mythology, and history. She has a beloved cat named after a 15th century Vatican assassin.She is a jack of all trades and master of none. She writes, hikes, takes pictures, and has a bucket list a mile long. Pretty much everything she does is with the goal of traveling somewhere new in mind. You can check out her blog  for more interesting tidbits or her Amazon page for her latest books.

Book Blurb: Set in beautiful Peru, Legendary tells the story of Inti, god of the sun, and his quest to save Killa, goddess of the moon. After learning his love was kidnapped from the sky, Inti sets out to rescue her and bring her home to Machu Picchu. Joined by a Celtic war goddess, a Nabatean caravan god, and a young river goddess from Cameroon, he begs a mountain for information, fights with a monkey, and learns to let go of his fear and rage. Meanwhile, Killa is trapped by the water dragon’s daughter, and must keep herself safe and her captor docile while she searches for a way to escape.