Claimed by the Cyborg Description

March Fellows assumed he had all the time in the galaxy to pursue a relationship with Jules, an alien exchange student from Xenia, until she vanished without a trace. After years of searching, he finds his lost love on the eve of her arranged marriage.

The daughter of the Xenian emperor, Julietta never meant to fall in love with a Terran man while visiting Earth. Leaving to fulfill her responsibilities on her home planet opened up a hole in her heart that could never be filled. When March, now a cyborg, unexpectedly shows up just before she is to be bonded, she struggles to find the courage to turn him away a second time and follow through with her duty. Before she can act, the lovers are thrust into a political conspiracy that threatens the Xenian empire and their lives.

March gaped at the woman who’d entered the hall, her arm linked with a girl’s. Hair, long and curly, tumbled down her back. Her eyes were as he remembered, as black and enigmatic as space, but girlish features had matured into womanliness. Jules. My Jules. Her gaze collided with his, the darkness concealing her thoughts, but her mouth parted as if shocked. If he hadn’t been seated, the sight of her would have knocked him on his ass. His hands shook, and he clenched them into fists to quell the trembling.

He’d searched, questioned everyone who’d known her, revisited all their haunts. So much time, so much effort, and she just walked in. Of all the places, in all the years, she was here. He couldn’t believe it. A guest at the ceremony. The practiced words he’d imagined he’d say if he located her evaporated, and all he could do was drink her in.

She’d never looked more beautiful. Dignified, refined, polished. Not haughty, but self-contained. Intricate whorls adorned her face, enhancing her exotic allure. She wore the tunic and pantaloons common to Xenia, the design and tailoring of hers nonpareil, surpassing elegance, but in the same color as the garments of members of the imperial family. She must be one of the many attendants. A relative maybe? Cousin to the bride? Obviously, she knew the imperial family well, or she wouldn’t be at the banquet.

Which would begin at any moment. Damn it! He couldn’t talk to her now. Jules moved, almost as if to step in his direction, but the younger woman herded her to two open seats at the other end of the long banquet table.

At the next opportunity, he would approach her. His heart hammered. The twins probably knew her. He turned to Naimo to ask him, when Kur spoke.

“There’s your chosen! Princess Julietta is looking at you, Naimo.” He gestured in Jules’s direction. “She’s checking you out!”

March shifted his attention to the girl who’d accompanied Jules. She couldn’t be more than fifteen or sixteen. She was a little young to be bonded, wasn’t she?

Naimo took a deep, satisfied-sounding breath. “She is even lovelier with the bonding stain painted on her face. Her vids don’t do her justice.”

The younger woman’s face was clear, unmarked. His gaze zoomed to Jules, to the spiraling whorls gracing her temples, her cheeks.

“The woman with the facial paint is your chosen?” His voice came out a whispered croak. “That’s Princess Julietta?” His Jules was Emperor Dusan’s daughter? No.

“The one and only.” Naimo beamed. 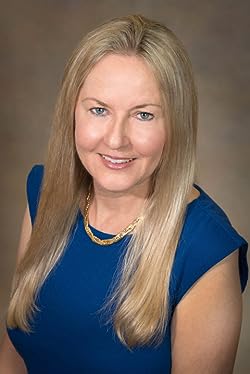