Going Down (Holding Out For a Hero Book 1)

Synopsis
Eleanor (Ellie) is from Chicago but is hiding in Oregon from her drug trafficking ex-boyfriend and the dirty cop making threats against her life.

Tyson is the sheriff in the small town in Oregon where Eleanor ends up staying. He is attracted to her but is suspicious because her story does not add it.

Opinion
The story was okay. The trope girl-on-run-falls-for-law-enforcement was overdone. Maybe I am jaded because I read a lot of books, but there was nothing new.

This turns to love a few days later. 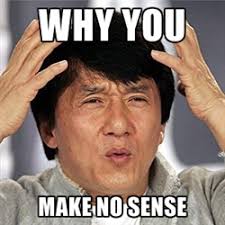 It is funny to me that in these types of books, the policeman is so sure of his judgement of the heroine’s character. The girl is acting suspiciously and her story seems like she invented on the spot.

Dude, you are blinded by lust.

Another thing, I did not like Tyson. He was supposed to be the law-abiding man who could get kinky with his lady. I do not mind kink, but something about his character put me off, like he was too grimy for my taste. I actually read the book twice because I was trying to identify what exactly it was that I did not like about him. Logically, it would seem that I should have liked him especially when he said stuff like:

“I can go from vanilla to red velvet in under ten seconds.” -Tyson

Maybe it was the insta-love. After 1 day, he is already taking her to meet his family?

Should you buy? If you can get it on sale, it is not terribly bad. It is a time filler but do not expect too much in relationship development. If you like the girl-on-run-falls-for-law-enforcement trope, then this will appeal to you. The love scenes were (to borrow Tyson’s expression) more red velvet than vanilla. That might appeal to you.

2 thoughts on “G is for Going #atozchallenge #ABCofRomance @AprilA2Z”