Synopsis
Aura is looking for scrap metals or anything of value in space so that she can sell it and eke out a living instead of fighting in the wars on earth.
Cygnus is a purple skinned bear shifter who has been in stasis, floating in his pod in space. Soon after he awakes, his pod is found by Aura. After a run in with pirates, they are on the run for their lives.

Opinion
This was a fun story! I do not prefer first POV books, but I was intrigued to read about 7-foot purple skinned bear shifter alien with teal genitalia. It was something about the description that made me so interested.
Once I started reading, I was hooked. There is a lot of dialogue and that helps keep the story moving.

Aura was very feisty and held her own with Cygnus. He thinks that he has to defend Aura and cannot understand why she does not stay on the sidelines while he proceeds to fight on their behalf.

What is hilarious is that every time that Aura saves him out of a sticky situation, Cygnus takes it as a “shame debt” that he has to repay. Plus, Aura has to teach him the benefits of being polite since he is used to using his strength to get whatever he wants.

Even though the whole idea of a female holding her own is a culture shock to Cygnus, it all ends well because he is genuinely a nice guy that is trying to do what is best.

TOW Final Word: Buy, Borrow, Pass?
BUY. This book will have you laughing out loud. 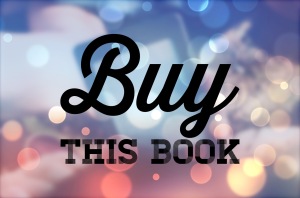