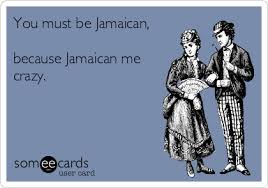 A Steele for Christmas (Kimani Romance)

I must be a glutton for punishment because I read another one of these “Bad News” Steele character books. As the follow up to Hidden Pleasures, brother Eli is the next Phoenix Arizona Steele to leave his player ways and settle down for one woman.

There was not much of a plot, but at least it was better than Hidden Pleasures (with its trumped up fancily packaged prostitution). In A Steele for Christmas (Kimani Romance)

, Eli is attracted to Stacey, a commitment-phobe woman who left Memphis after her fiancé broke off their engagement to marry her friend. She begins a relationship with Eli knowing he is known as a player. The rules of the game change when Eli needs a wife (read the story to understand). Playacting turns to the real thing for both of them, ending with happy-ever-after.

I figured out what irks me about these male characters (i.e. Steele men). They are all unabashedly doggish. They are players who see nothing wrong with sleeping with as many women as they can. I find their supposed “respect for women” a little disingenuous considering the fact that they are pretty much objectifying women for their own gratification.

The other problem I have is that the only way the guy realizes he is in love is the fact that he slept with her but the lust and desire has not abated but intensified.

Since I am sucker for romance novels, I will probably read the rest of the Steele stories, but with lower expectations. I was confused why I did not have the level of satisfaction with these books as with the Westmoreland series by Ms Jackson. I realize that I prefer a strong silent brooder to a smooth talking player looking for more notches in his belt.

Click here to purchase A Steele for Christmas (Kimani Romance)

I was disappointed with the storyline of hidden pleasures. Usually every book that I read by Mrs. Jackson is awesome, great, wonderful romance. But with this book I feel as if she might have fell a little short of her target.

Galen bought a house that Britney wanted (it belonged to her birth mother who died). Then he told her, he would give the house to her in exchange for one week living with him. I did not like this premise at all because it was plainly obvious she was sleeping with him to get her house. It seemed to me that she was prostituting herself.

Granted there was a lot of attraction between the two of them, but the storyline did not sit well with me.

Galen and his brothers were players going through women like water. The house was the only game he had to use to get Brittany into his bed. Considering how he was supposed to have such a way with the ladies, there should have been another way to convince her to sleep with him.

That being said, the story was too lackluster for me. After the finishing the book, I felt blasé. Usually after reading a Brenda Jackson book, I am energized. I did not feel the heat from this book. It can be tough coming up with plots that work. Some people might find this book extremely entertaining. But as for me, sorry Mrs. B, not the home run I thought it would be.

on Amazon by clicking here

I was looking for a Brenda Jackson book so that I could get my romance novel fix from an author who does a good job of presenting the characters in a somewhat believable way without making the story line too corny. Instead of a Westmoreland book, I chose a Kimani romance. Darcelle “Darcy” and York Ellis are the main characters. Darcy is a city planner that is taking a much needed vacation in Jamaica. York is a security consulting expert on the job working for a client shooting a film in Jamaica.

Not surprising, Darcy and York have history. Her best friend is married to one of his god-brothers.

After an unhappy first marriage, Darcy immersed herself in work. Now she is taking a vacation and looking for some fun. Her plan is to get her “groove back” and indulge in an island romance.

York is in Jamaica on business but gets sidetracked by the fact that Darcy is there. Darcy is looking for some excitement, but York seems to take issue with the attention other men are showing her. This is humorous for the reader but confusing for York since he is supposed to the ultimate bachelor that will never succumb to tying the knot. While York sorts out his feelings for Darcy, she is trying to figure out what it is about him that makes her always want to be contrary. She has to ask herself if a relationship with York really be that bad. Even if they don’t have romantic liaison, what is preventing them from being friends? When they stop being argumentative with one another, they realize that they actually like each other and have a lot of similar traits.

is fun. I like that it is not really a love-at-first-sight novel. Since the characters have history, it allows them to draw from previous experiences to help them to understand their attraction and develop their romantic relationship. Both characters are feisty and opinionated in their own right, which makes for a lively story. If you like any of Brenda Jackson’s other novels, I recommend you read this one also.