Welcome to TOW bi-monthly feature Thursday’s Thoughts. On the second and fourth Thursday of each month, I share the thoughts of a featured author in the form of answers to questions I posed to them.

One of January’s featured authors is Michael Shusko. 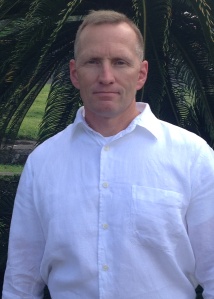 I’ve been writing since my first deployment to Iraq in 2003. It started as a way to pass the time, and to deal with some of the stressors of being deployed to a combat zone and missing my family. Then, my triplet sons were just three years old. I began writing about the many experiences and feelings that arise from living in a war-torn country, and interweaving those thoughts into stories. I found that I very much enjoyed writing and, in fact, it became therapeutic. I continued writing when I returned to the United States in 2004, and have written dozens of manuscripts in various stages of completion. Six of these manuscripts are part of the Tradecraft series that I’ve begun publishing, starting with Vector. It’s interesting that I was in my late thirties when I discovered my love of writing. Now, I can’t imagine ever not writing.

What is your favorite style of music?

Do you listen while you write? I enjoy music from the 60s through 80s as well as classical and contemporary music. As a native of New Jersey, of course Bruce Springsteen and Bon Jovi are among my favorite musicians. But I don’t listen while I write. I prefer to write in a quiet setting where I can focus on the emotions of the scene. This is usually very early in the morning, mostly before work.

What is your advice to someone new to writing?

Write from your heart and never give up. If you believe in your writing and your story, persevere to see it in print. It took me over a decade to get Vector published — but the wait was well worth it. And I believe I’m a better author thanks to the things I learned about writing and the publishing industry along the way.

Relax with my amazing wife and three sons, now 16 years old. We enjoy traveling and experiencing new cultures, much of which I try to incorporate into my stories. I try to balance my life as much as possible: write in the morning before work, focus on my patients in my clinic during the day, then relax with my family at night.

Who is Michael Shusko?  He was raised in Long Branch, NJ. He enlisted in the Marine Corps in 1985 after graduating high school. Dr. Shusko cut his teeth in the military in the mid ’80s and early ’90s. As his first assignment, he attended the Defense Language Institute Foreign Language Center in Monterey, CA, where he studied Arabic. He has traveled extensively throughout the Middle East, Africa, Europe, and Asia, and has been awarded the Bronze Star twice for service in Iraq and Afghanistan. He currently lives in Japan with his wife and 16-year-old triplet boys.. 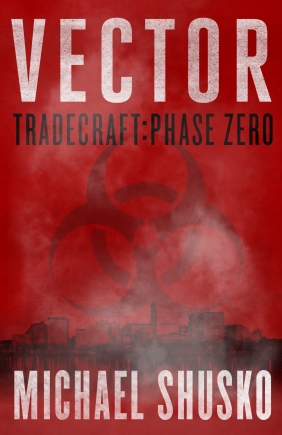 Book blurb: When researcher Jawad Khattib gasps his last breath on the Massachusetts General Hospital floor, the Department of Homeland Security wants answers—especially after a preliminary autopsy suggests he died of radiation poisoning. What exactly was Khattib working on? And who was he working for? DHS Agent Lee Jansen is rushed to Boston and paired with expert toxicologist Dr. Emma Hess to crack the case. All evidence points to the creation of a dirty bomb, but the clues seem too clean, too obvious. During the course of their investigation, they discover the horrible truth. This new weapon is far more deadly than anyone had expected. It isn’t just capable of killing hundreds—it’s capable of killing hundreds of thousands. Can they stop what’s been set in motion by a madman with a dangerous secret before it’s too late?